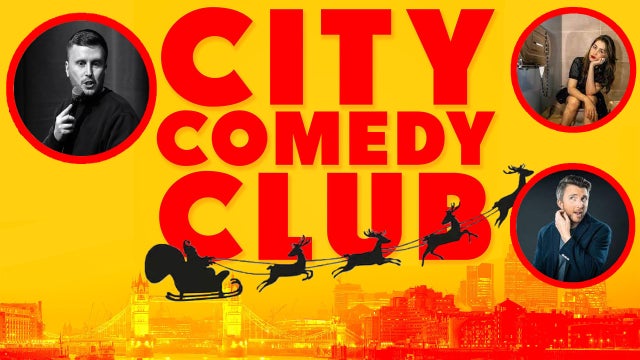 featured on BBC Radio London and So You Think You’re Funny semi-finalist”.

Will Hitt is one of the most promising young comedians out there performing in some of London's best Comedy Clubs.

Katharyn makes all of New York City laugh on a nightly basis both hosting and performing. She works clubs including but not limited to New York Comedy Club, Gotham Comedy Club, Broadway Comedy Club, Greenwich Village Comedy Club, The Grisly Pear Comedy Club and The Comic Strip. She has hosted shows in the New York Comedy Festival for three years running. Katharyn is also happy to perform comedy for two people in a McDonald’s at midnight if they will have her.

This year, Katharyn made her Edinburgh Fringe Festival debut of her hour of stand up comedy, “Ew Girl, You Nasty” to rave reviews from Kate Copstick from The Scotsman & The Skinny.

Katharyn’s current projects include co-hosting the podcasts “Somewhat Scientific” with Meghan Walsh and “Yikes Yikes Baby” with Mike Suarez and Misha Han which records weekly at Riot Cast above The Comedy Cellar. Katharyn and Joe Gorman have also released a video series called “Facemask Fridays” where they review skincare products with special guests. This year she hopes to finally pay off an antique ring she bought on credit.

Within a few months of performing, British comedian Josh Baulf won the infamous King Gong at The Comedy Store, was shortlisted for the BBC New Comedy Award and reached the finals of the Amused Moose New Comedy Awards.

He went on to win the Get-Up Stand Up competition and was runner up of the Leicester Square New Comedian of the Year award.

Josh has performed at the London Palladium and has established himself as a fast-rising star on the UK comedy circuit.