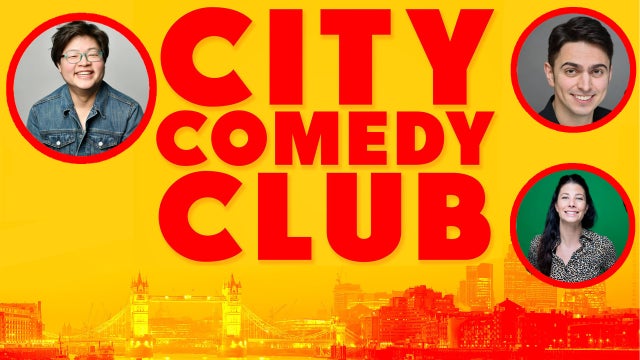 Kuan-wen Huang is an emerging comedian, writer and actor from Taiwan with a trademark quirky persona and high-energy delivery.

He also happens to be a UK Chartered Accountant and Chartered Tax Advisor. In 2020, Kuan-wen performed for Comedy Central at the Edinburgh Fringe. He also performed as part of Yellow Xmas comedy show which showcases the top East Asian Stand-ups two years in a row, sharing the bill with Phil Wang, Evelyn Mok, Nigel NG, Ken Cheng and Yurijo Kotani.

Matt Rouse was a semi-finalist in SYTYF 2019 and since then has gone on to perform across the UK. ‘A hilarious alternative take on observation comedy’

A regular at City Comedy Club and there is a good reason, his smart comedy and energy gets the audience focused and all in on the night. Touring on many of the UK's best comedy clubs, Matt Rouse is a must watch.

Dimitri is fast proving an audience favourite with his honest, sharp and sometimes dark humour.

He has quickly established himself as one to watch - in his first year he reached the finals of both the Leicester Square Theatre New Act competition and the Laughing Horse New Act competition. Dimitri is currently performing in comedy clubs all over the country to a great reception.