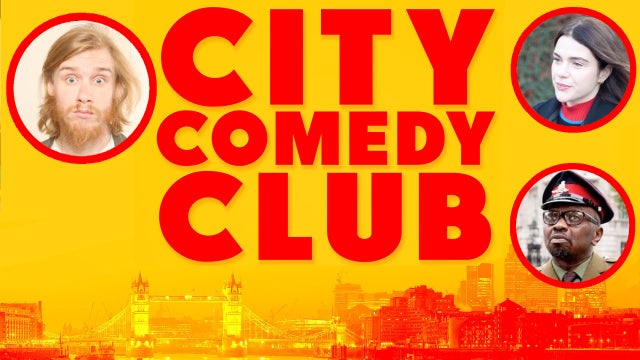 President Obonjo . In the age of Trump, populism and Brexit, the world probably doesn’t need another bloated ego pretending to give easy solutions. Thankfully what we need is a comedy character who skewers them with precision, hilarity and who isn't afraid at showing vulnerability. President Obonjo, is an upcoming and increasingly successful stand-up comedian. As the larger-than-life, uber-confident, self-appointed, side-splitting dictator of 'Lafta Republic', President Obonjo has quietly been leading a comedy revolution to become the first President to take over the comedy industry by storm.

​He has been creating rumblings by storming New Act competitions including winning Luton Comedian of the Year, Runner-Up at Great Yorkshire Fringe and was a finalist in the Naty New Act of the Year competition 2016. His previous solo show President Obonjo Stole My Identity was performed in 2015 at Bath Comedy Festival, Brighton Fringe and Edinburgh Fringe Festivals in 2015 and 2017 to packed crowds and critical acclaim. His latest show the Rise of the Comedy Dictator was performed at Edinburgh Fringe Comedy Festival in 2017 and at Leicester Comedy Festival in 2018.

What the press have said:

“It’s a great comic construct, with lots of seized opportunities for playing with the clichés”

“There was the potential of that high-status, comedy bomb-proof kind of character that Alexis Dubus has created so successfully with Marcel Lucont.”

“This hour-long show was a revelation... Not at all what I was expecting.”

“On the face of it, it works as a well-crafted political comedy, exposing how the world has treated Africa and left much of it to suffer corrupt governments led by the likes of Obonjo. But it's the layers of context that really make this a fascinating, bewildering and painfully funny experience.”