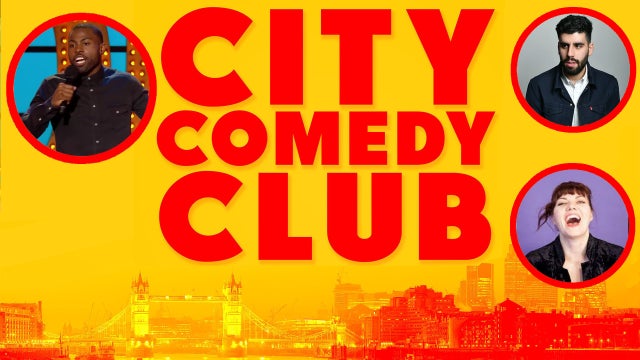 Claire Haus is a stand-up and sketch comedian, writer and actress based in London, England.

She features on ITV2’s Stand Up Sketch Show. Her 2021 collaboration with LADbible reached 700k+ views in just four days and she’s a So You Think You’re Funny grand finalist.

She can regularly be seen performing high-energy stand-up at some of the best clubs on the London circuit and also creates a stream of popular sketch content on Instagram. Time Out named her one of the top four comics to follow online.

“One of the smartest, funniest sketch comedians.” -Time Out London

A collection of her comic drawings, The Blaring House, was released by Conundrum Press. And, weirdly, she has an MFA in sound art from the Bauhaus University in Germany

Joseph Parsons is a stand up, writer and presenter based in London.

Originally from Weston-super-Mare, Joseph Parsons moved to London for his dream to pursue comedy. With his high energy delivery, natural comic ability and overall friendly vibe, Parsons is an up and coming comedian touring the pro circuit across the country.

With his joy of oversharing and unique take LGBTQ+ issues, he is fast becoming one of the most exciting comedians on the circuit.

Double Edinburgh Award nominee Darren Harriott’s TV includes, co-host of British as Folk, host of Live at the Apollo and Dog Ate My Homework, team captain on Guessable and series regular on Don’t Hate the Playaz.

On radio Darren has had two BBC Radio 4 series Black Label, which covered his time as a teenager in gangs, and the second series Red Label came out over the summer. He has hosted Newsjack Unplugged and the Radio 4 Summer Festival. Other radio appearances includes The News Quiz, The Now Show, Fighting Talk and Best of the Fest. Podcasts include Evil Genius, Dave’s CALM Podcast, Griefcast, Susan Calman’s Mrs Brightside, Daddy Look at Me, Wheel of Misfortune and When No One’s Watching.