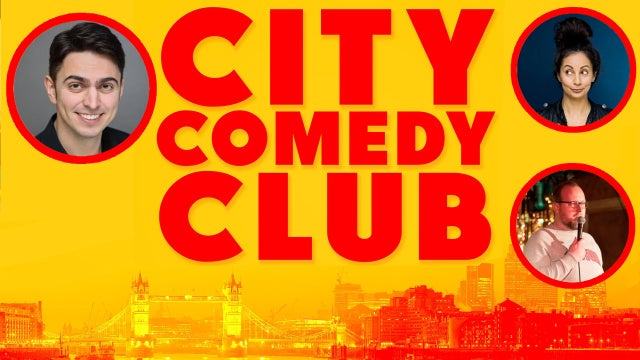 Dimitri is fast proving an audience favourite with his honest, sharp and sometimes dark humour.

He has quickly established himself as one to watch - in his first year he reached the finals of both the Leicester Square Theatre New Act competition and the Laughing Horse New Act competition. Dimitri is currently performing in comedy clubs in London and all over the country to a great reception.

Lee Hudson is a brilliant stand-up comedian that has appeared at our London comedy club.

Stella has entertained audiences all around the world, from the Comedy Store in LA to the New Zealand Comedy Festival and Adelaide Fringe.

Catch her funny series of Angry Workouts and her video podcast, Stell Me About It on YouTube, Facebook and Instagram and all good podcast platforms “If you're a TV executive, drop what you're doing and go see her now” - The Skinny "A slick, sharp and polished set, balanced with a warmth and charm that had our audience queuing up to meet her after the gig! Superb!" - Nodding Dog Comedy

﻿Stand-up comedian and community pharmacist Jack is one of many acts to have appeared at our London comedy club.

When Jack was growing up all he wanted was to be an Taoiseach (Prime Minister of Ireland). Politics was discussed at every family meal and his Father was in local politics for nearly 20 years before getting elected to Dáil Éireann (Irish Parliament) in 2002 where he served until 2011.

Jack concludes as an adult that there was enough jokers in politics and so decided to try become a comedian instead.

Jack loves the romantic idea of being a moral booster , traveling around the world telling jokes and stories to lift people’s spirits. In traditional Gaelic culture , the Seanchai (Storyteller) is the most revered member of the community. Jack thinks being a stand up is a little like being a Seanchai.

Jacks favourite comedian is Tommy Tiernan and Jack probably would not be doing stand up if it wasn’t for Tommy. Tommy went to a similar school to Jack. Jacks old school always play against Tommy’s old school in Gaelic football. Jack thought if someone like Tommy from a similar background to him can do stand up and be good at it , then maybe he can as well.