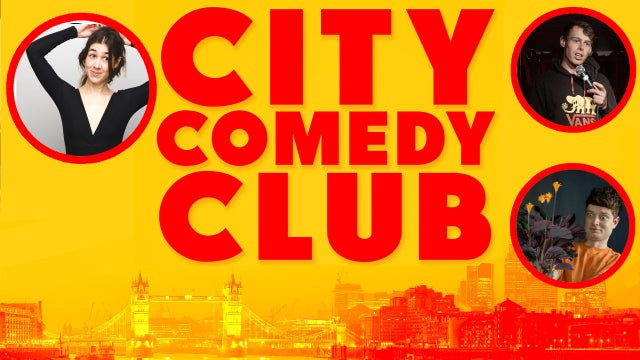 Matt Rouse was a semi-finalist in SYTYF 2019 and since then has gone on to perform at many of the top comedy clubs in London and across the UK. ‘A hilarious alternative take on observation comedy’

A regular at City Comedy Club and there is a good reason, his smart comedy and energy gets the audience focused and all in on the night. Touring on many of the UK's best comedy clubs, Matt Rouse is a must watch.

Katharyn began doing stand up comedy in New York City where she worked her way to regularly hosting and performing nightly throughout the five boroughs. She has been seen regularly at venues including but not limited to New York Comedy Club, Gotham Comedy Club, Broadway Comedy Club, The Stand, and The Comic Strip as well as countless backs of bars, windowless basements, rooftops, and bathroom stalls. Currently based in London, Katharyn MC's and performs regularly at Top Secret Comedy Club, Vauxhall Comedy Club, Up the Creek among other clubs, dives, and holes-in-the-wall throughout the UK. Outside of stand up, Katharyn co-hosts the podcast "This American Irish Life" with husband and fellow comedian Mark O'Keeffe.

Claire Haus is a stand-up and sketch comedian, writer and actress based in London, England.

She features on ITV2’s Stand Up Sketch Show. Her 2021 collaboration with LADbible reached 700k+ views in just four days and she’s a So You Think You’re Funny grand finalist.

She can regularly be seen performing high-energy stand-up at some of the best clubs on the London circuit and also creates a stream of popular sketch content on Instagram. Time Out named her one of the top four comics to follow online.

“One of the smartest, funniest sketch comedians.” -Time Out London

A collection of her comic drawings, The Blaring House, was released by Conundrum Press. And, weirdly, she has an MFA in sound art from the Bauhaus University in Germany