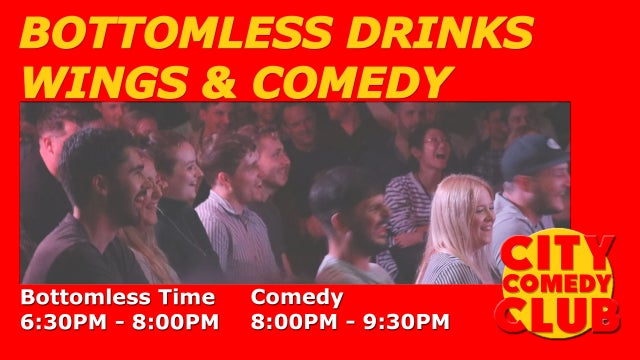 Please arrive on time, to secure as much drinks as possible.

* Dress code – No tracksuit bottoms, football or other sport shirts or soiled work clothes. Entry may be refused. We do not allow fancy dress (including sashes and hats) during the comedy.

* All seating is pre-allocated, and you will be shown to your seats on arrival. Please let us know if you'll be arriving late, or if there is any reason why you need a specific seat.:

*Please drink responsibly, if you are intoxicated the venue can refuse to serve you.

*One drink at a time.

*Dress code – No tracksuit bottoms, football or other sport shirts or soiled work clothes. Entry may be refused. We do not allow fancy dress (including sashes and hats) during the comedy.