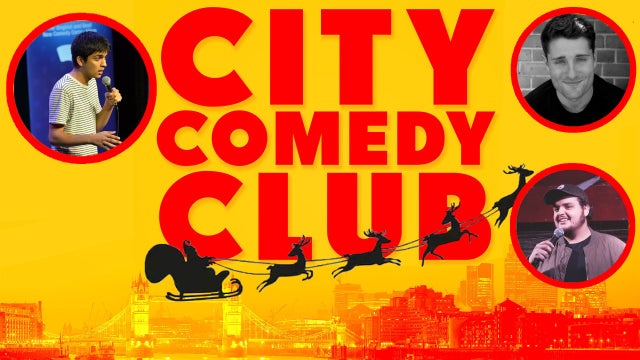 Mamoun is a fresh, young and original voice on the comedy circuit, and in a short amount has gone from strength to strength. He has won and reached the final of numerous comedy competitions including the BBC New Comedy Awards in 2018. He has built on this momentum and is now preparing for the 2019 Pleasance Comedy Reserve at the Edinburgh Fringe Festival.

Jamie D'Souza. Having started performing comedy in the summer of 2016, Jamie has quickly established himself as a rising star on the comedy circuit. He has reached the finals of the prestigious So You Think You're Funny? and The Musical Comedy Awards, as well as being shortlisted for the BBC New Comedy Award.

* All seating is pre-allocated, and you will be shown to your seats on arrival. Please let us know if you'll be arriving late, or if there is any reason why you need a specific seat